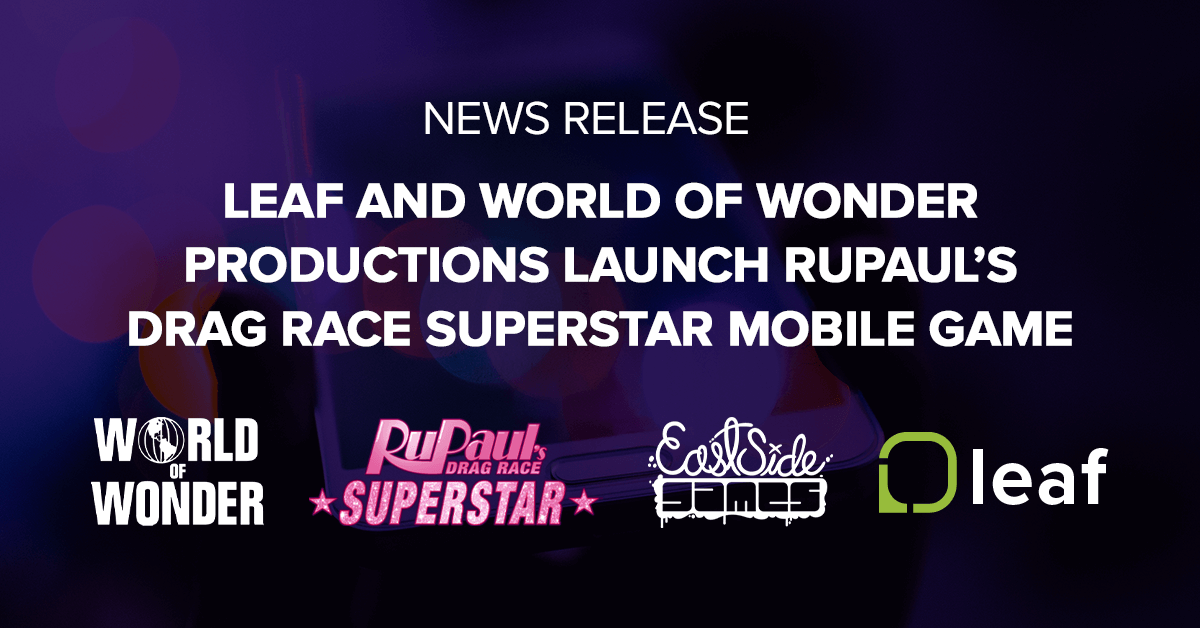 “We know fans around the world have been waiting for this day and we’re incredibly excited to be able to announce the worldwide release of RuPaul’s Drag Race Superstar today,” said Darcy Taylor, CEO of LEAF Mobile. “This is one of the first major mobile game productions that puts the LGBTQ+ community at the forefront, and represents an exciting step forward. We know fans of RuPaul around the world are going to love this game and can’t wait for them to start playing. It’s been an absolute pleasure partnering with WOW to bring this experience to life”.

“We’ve had so much fun working with East Side Games to bring this sickening mobile game to our global fans,” said World of Wonder co-founders Randy Barbato and Fenton Bailey. “We look forward to seeing everyone showcase their charisma, uniqueness, nerve, and talent to the world as they compete to become the next Drag Superstar. Start your engines and may the best player win!”

RuPaul’s Drag Race Superstar is bringing back Ru’s girls! Fans of RuPaul can enter the iconic Werk Room and experience the world of RuPaul’s Drag Race and RuPaul’s Drag Race All Stars, available on Paramount+, through the new mobile game. Within the game, players can werk their way to the top by selecting from hundreds of fashion pieces, and creating the fiercest look to slay the runway. Players will live the life of a Drag Race Superstar by competing against rival Queens trying to snatch their wigs. In gameplay, once players have climbed to the top of the Werk Room, they can compete for the Top Queen title against other players from around the world. Players can win amazing new fashion pieces to add to their wardrobe, and earn the respect of real Queens from the show! Fans: if you think you’ve got what it takes to slay, make sure you don’t sashay away…and may the best Queen win!

Choose from hundreds of fabulous fierce fashion pieces across a multitude of different drag genres to combine and create your own unique style. Upgrade your pieces to create stunning looks, hunty, that will make everyone gag.

Werk the runway! Take your looks into nail biting competitions with other Queens around the world, and fight to be the next drag superstar. Win more incredible looks that will help you serve your eleganza extravaganza.

Experience all the tea and sisterhood of the werk room right out of the show. Put in werk to prepare yourself for the Maxi Challenge where you can slay your rivals.

Unlock Queens from RuPaul’s Drag Race, party in the Untucked lounge, and win some of their most iconic outfits.

As of October 25th, RuPaul’s Drag Race Superstar is available in countries around the world on both iOS and Android. Visual assets for the game, including key art and logos, can be found in the online press kit.

ABOUT WORLD OF WONDER